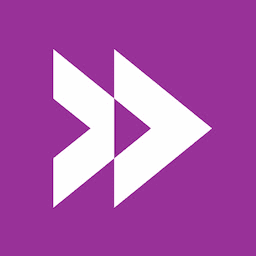 from liquid democracy, leadership based in trust and non-blocking decision making.

Trust: assured reliance on the character, ability, strength, or truth of someone or something.

Non-blocking: using trust as shared base, members take decisions further with delegated votes on them, in public backlogs available to any member (even anonymous if desired).

Any member can be delegate and can delegate on other member, always by nexus. Members can opt out from being delegates. Delegation is not mandatory and it must be renewed.

General delegation is possible but it only has effect in nexus where both (delegate and delegating) are members. Main reason behind this is you must follow a nexus activity to be able to take decisions and as a way to audit delegates.

Delegation is transitive. Final delegates (they don't delegate) have one vote with equal weight to their total delegations.

Based on decision's priority, it must be stated when voting is started, delegating have a previously configured time lapse to cast their opposition vote. Each oppostion vote subtract one unit of delegate's weight vote.

In workgroups, based on total delegations, member with highest number will be lýder. This can be used as a way to determine who is the coordinator in a flexible way.

Members know what their delegates vote. Based on voting's priority, they will be able to cast an opposition vote.

Number of delegations on a delegate will be always available. Current weight for a given voting will be detailed.

Closing a voting won't happen before last delegate voting. A delegate can only vote before the minimum time lapse needed for its delegating. This will be published along the voting and handled automatically by the system.

Total votes (for, against, abstention) will be summarized and published in a public (for members or everybody) backlog outside the nexus. If a decision is not published in the backlog, it is void.

Delegates votes are only known by them and who delegate on them. Only summarized results will be published.

Any member can check delegates and decisions for a given nexus. This information must be accessible to any member, independently of bieng inside the nexus or not.